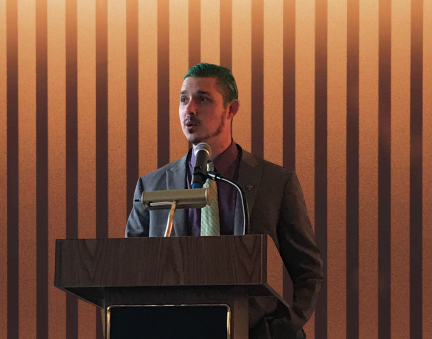 We are extremely proud to have Dan McMahon on board with CCG Consulting. Karl, our Executive Director, has been a long time client and affiliate of Mr. McMahon’s. He has already been an amazing additional asset to our team, and our partners.

Dan has been in the cannabis industry since 2006, when he started his first “gray market” cooperative in Washington. Fighting many moratoria and other issues that continue to plague cannabis businesses across the nation, he had eventually pivoted his approach to a more macro scale of pushing normalization and legalization. He joined a small tech start up with a handful of bright-eyed entrepreneurs as Washington was first voting to legalize recreational cannabis. At that time, BioTrackTHC (Now, BioTrack/Forian) had a handful of clients and extremely limited prospects for their point of sale, growhouse and inventory management software solutions. No one wanted to be tracked and have a paper trail, as the federal government could surely use that as evidence against them. It was time to think bigger. Their team bid on and won the first ever RFP for a government level tracking solution. Leveraging the attention and credibility of the contract, Dan and his small team were able to grow the clientele for their commercial software from a handful to hundreds and after only 2 years thousands of locations. Dan led the government procurement teams in an additional 9 state contracts during his tenure.

Dan had initially launched a successful consulting arm for BioTrack, and while that kept him fairly busy, it still wasn’t enough to push the envelope in his opinion. He took on a more active role in the technical and development teams, making unprecedented strides for the company. His unorthodox but extremely effective approaches not only escalated him to being the company’s CIO (acting in the capacities of both Chief Information and Chief Industry Officer), but to the parent company’s Board of Directors. After 6 years with the company, two mergers and some cultural shifts, Dan and then CEO, Patrick Vo parted ways with the company they built. They decided to form their own consulting firm, Errant Innovations, which mainly focused on government consulting and large scale organizational and infrastructure consulting.

Dan’s expertise and knowledge of the cannabis industry from the ground up are unusual, especially in that they are recognized nationally by the grassroots/underground sects of the industry, mainstream and government alike. This is not only in the operational facets, but also in the Canna-tech realm. He is also a well respected freelance contributor to the renowned independent cannabis tech review firm, Seed to Fail.

Dan is an accomplished CEO, CIO, Developer, Farmer, and Consultant. He’s earned multiple degrees at Western Washington University ranging from Business Administration, Entrepreneurship, Marketing Management and Global Economics. At the end of the day, REAL consultants with REAL experience in this space are hard to find and we are proud to work with him every day, and we think you will be too.

Because if you want to make it, it's worth doing right